Sarawak is the largest state in Malaysia and is located on the island of Borneo which was ruled by the British from 1842 until they sought their independence in 1963 and joined Malaya, Saba, and Singapore which went on to form Malaysia.

Kuching Borneo is the capital and was home to the Rajah of Sarawak, who ruled for many years until his death.

The vibe in Kuching Malaysia is very different from other cities and is far more relaxed. There are plenty of things to keep tourists occupied without being over pressured, and on rest days or when it is raining there are enough shopping malls and the odd museum in Kuching to visit before heading back toward the rain forest.

So, here are the top things you and your children can fill time in with in Kuching Sarawak. 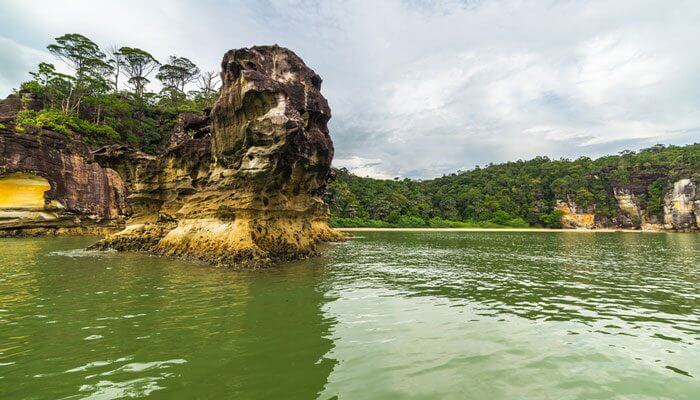 Borneo is well renowned for its rainforest, and the quickest way anyone can experience it is by heading to the Bako National Park without needing to travel any significant distance.

It can be located around 30 minutes from Kuching where tourists will find Sarawak’s oldest National Park.

It might be the smallest, but there is an abundance of flora and fauna to make anyone feel like they had taken a step back in time.

Tourists can cross boardwalk trails taking in all the wildlife, and none more so than the strange looking proboscis monkeys which are famous for their big noses. That will undoubtedly raise a giggle from any children who are out on their adventure.

Although it is sedating, and tourists can take a day trip with or without the assistance of a guide, it does give a sense of being remote because it is only accessed by boats which provides it with another otherworldly charm. 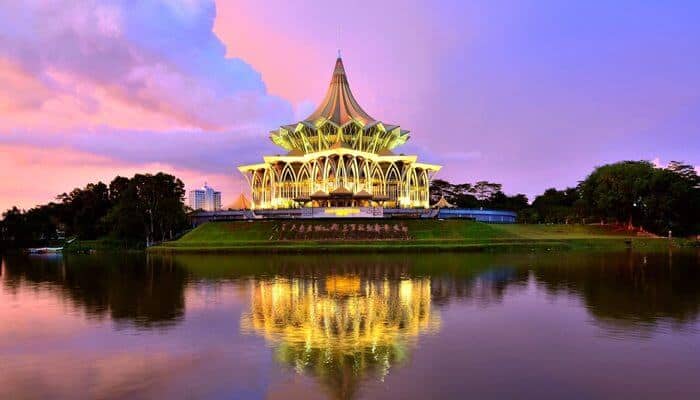 This is the landmark that was first landed upon by the first white rajah, and since then to preserve its history, the Sarawak government has spent considerable amounts of money to transform the Kuching Waterfront from the dock where villagers were crossing the river in small boats, to the landscaped promenade that is there today.

Being relaxed, it is a great place to spend the evening and taking in the eateries and entertainment areas that dot the side of the river.

There are also sculptures, historic buildings, and an observation tower that tourists can visit to break up their riverside stroll. 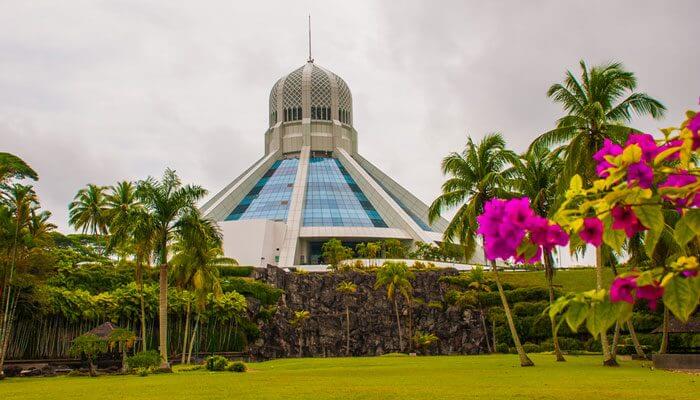 In the Malay tongue, Kuching translates to ‘Cat’ and after visiting the cat museum, you will quickly see cat city does have an obsession with these feline creatures.

In the cat museum, you can discover and learn all about the significance these felines have for the area.

With well over 2,000 exhibits which are all cat related, there is more than enough to see for any cat lover. Highlights include a mummified cat which originates from Egypt and is said to be 5,000 years old.

With other examples such as an example that is mounted of a Bay Cat that is indigenous to the island of Borneo to more modern displays of Hello Kitty and Broadway show cats.

It might be a quirky sort of museum to visit, but at least it will give some insight as to why there are so many statues scattered around the city. If you have children tagging along, this could be a must-see, especially with the more modern Kitty displays. 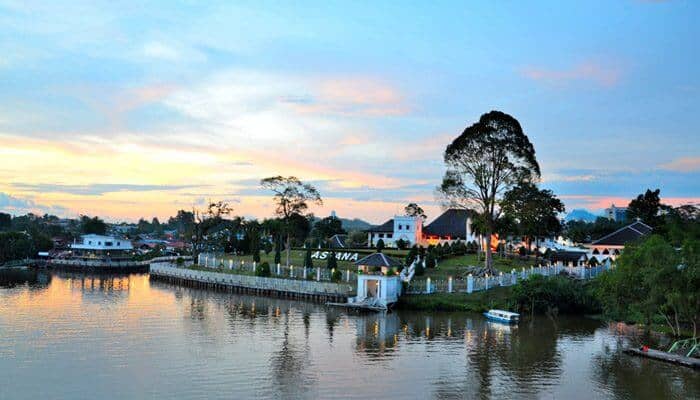 This dominant figure of a building stands on the northern banks of the river and was built by the second White Rajah Charles Brooke in 1879 as a means of defending the city against pirates.

The fort is named after his wife Margaret, it is now home to the Brooke Gallery which contains relics, historical documents, and artifacts that detail the early years of the government under the White Rajahs.

Fort Margherita sits inside the local police barracks, so visitors are advised to carry ID on them before they decide on visiting.

With displays of ancient weapons that includes swords, pistols, cannons, and others, there is plenty to see, and the scenic boat ride that needs to be taken to gain access from the main Kuching Promenade adds to the fun of visiting the fort. 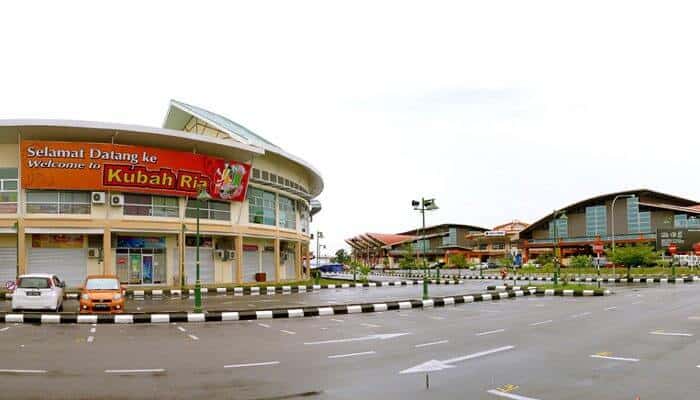 Although not a cultural event in a sense, this newly opened shopping area which lies on the banks of the river close to the Satok Bridge is home to a cultural food scene with over 45 different cafes and eateries that are scattered around.

For tourists who are looking for a way to sample the local delicacies, then this could be the place to see them all in one place.

With Sarawak Laksa which is a soothing soup to something a little more filling like Mee Sapi beef noodles. 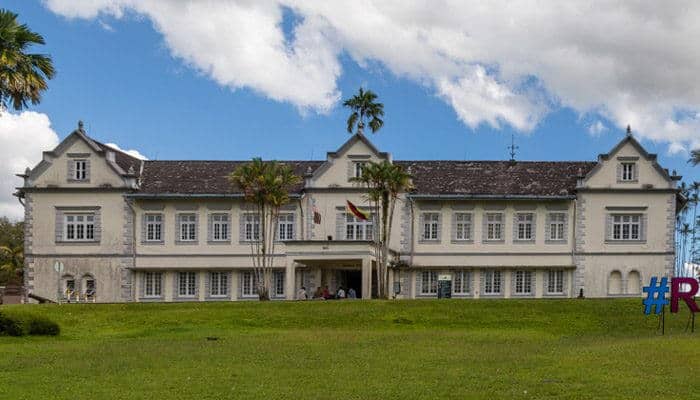 If you are short on time for your trip and you want to visit one of the many museums, then the Sarawak Museum is a must see.

It is another building which was founded under the control of the White Rajah and is the oldest museum in the whole of Borneo.

The main building dates back to Victorian times and is modeled on a somewhat traditional Normandy townhouse.

The museum holds a treasure trove of antiquities that includes lots of stuffed animals, models of longhouses and tribal weaponry.

Going further back in time is a model of the Niah Caves which historians place as being the first settlement of humans on the island of Borneo. 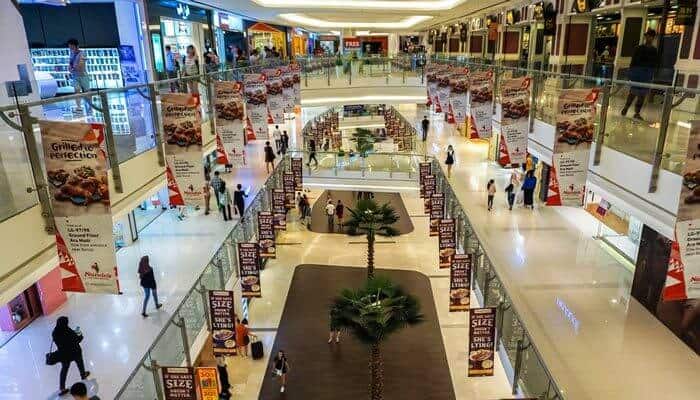 For a quick shopping spree, you can take a trip around the most extensive commercial development in the state of Sarawak.

It covers 1.5 million square feet over four stories and with over 400 stores to browse if you want to keep out of the heat or it is raining.

There are plenty of local events held inside the mall, but it was the recent explosion which made the headlines.

The fire and rescue were called out when there was an explosion due to a gas leak, but this has been given the okay and shoppers can again enjoy the many stores and clean shopping environment. 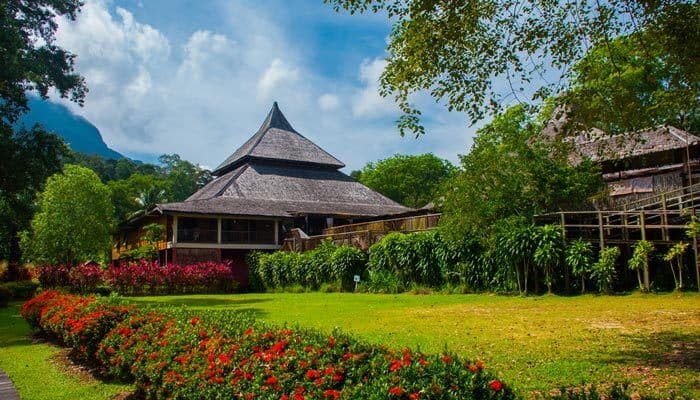 The Sarawak Cultural Village is a must on any list. Although it is a 22-mile ride to get there, it is a top attraction in the region.

During the summer they are hosts to the Rainforest World Music Festival, and it can get a bit crowded, and is a stark contrast to everything else you can see while in Kuching.

The village is full of live demonstrations showing bamboo carving, bead making and many other skills the villagers are well known for.

With over 17 acres to visit, it can be an adventure for all the family when the music festival isn’t on.

This vast open-air museum shows replicas of longhouses which the infamous Iban headhunting tribes lived in. Some kids might enjoy the thought of that, but it could be better to steer them away and head off down the many foot trails which lead to the foot of Mount Santubong. 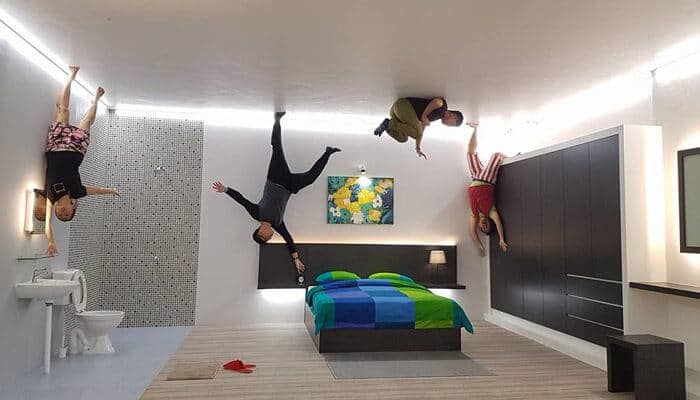 This is definitely one for the children. Kuching is the latest city to get its own upside down house.

Being located close to the center of the city, it can be a great place to spend an afternoon to let the kids run amok among the rooms where all of the props are fastened to the ceiling and walls.

For any child who wants to be Spiderman for the day, this is their best chance to play the role and get the pictures to prove it. 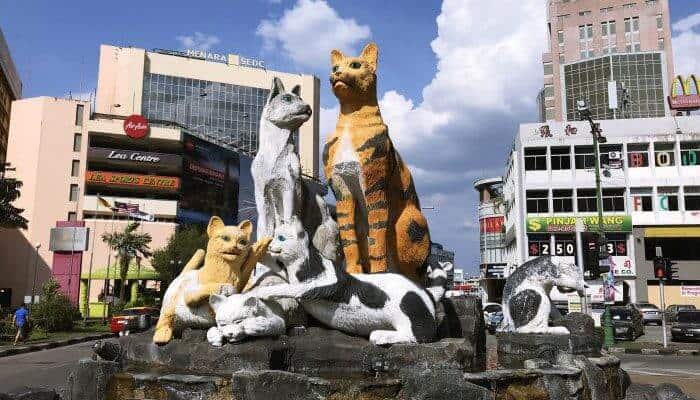 Although there is the museum full of cats, and the chance to roam around the city with children finding as many statues as they can to have their picture taken with them.

There are none of the other cat statues that is as famous as the one which will be the one you see first after you land at the Kuching International Airport.

This large white feline sits at the entrance to the city and is a full 5 meters in height. During the Christmas period, you might see it dressed up in a seasonal outfit or maybe just a scarf.

There is one thing for sure, once the kids see this, it will be one thing they will be begging to visit before you even arrive at your Kuching Hotel.

Although Kuching is more of a cultural center, the main highlights are the trips to the rainforests and rivers where families can go kayaking or checking out the orangutans in their natural habitat in one of the other local nature reserves.

To get children interested in the great outdoors, no other place can make jungle so accessible, and if they are up for it, they can head to one of the nearest beaches, and if they are lucky, they can catch some of the dolphins swimming close to shore. 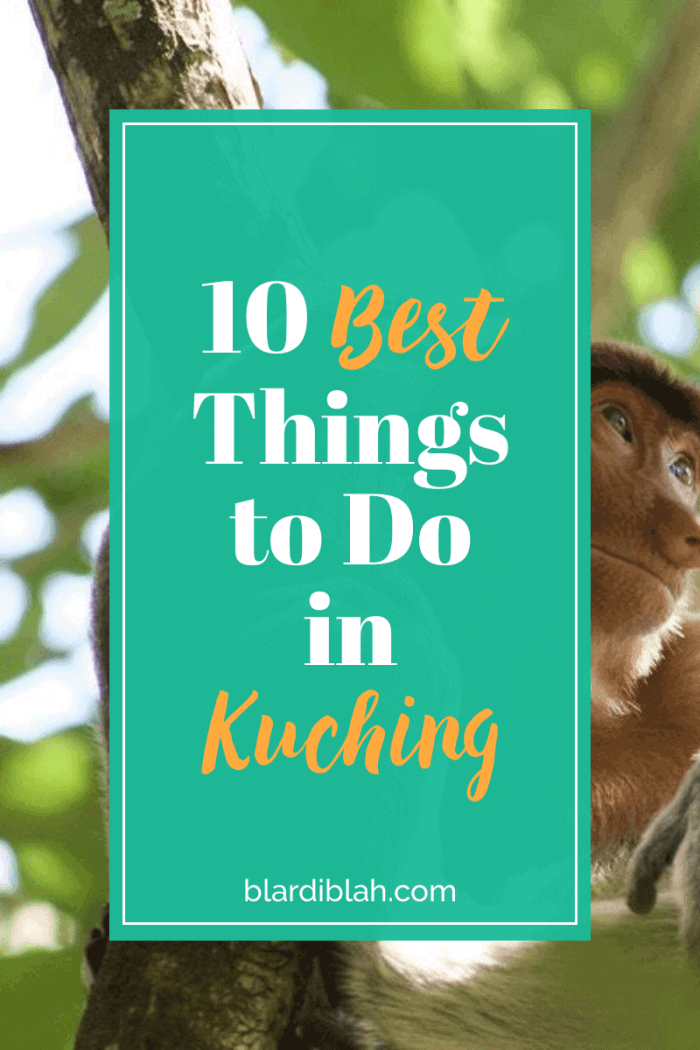