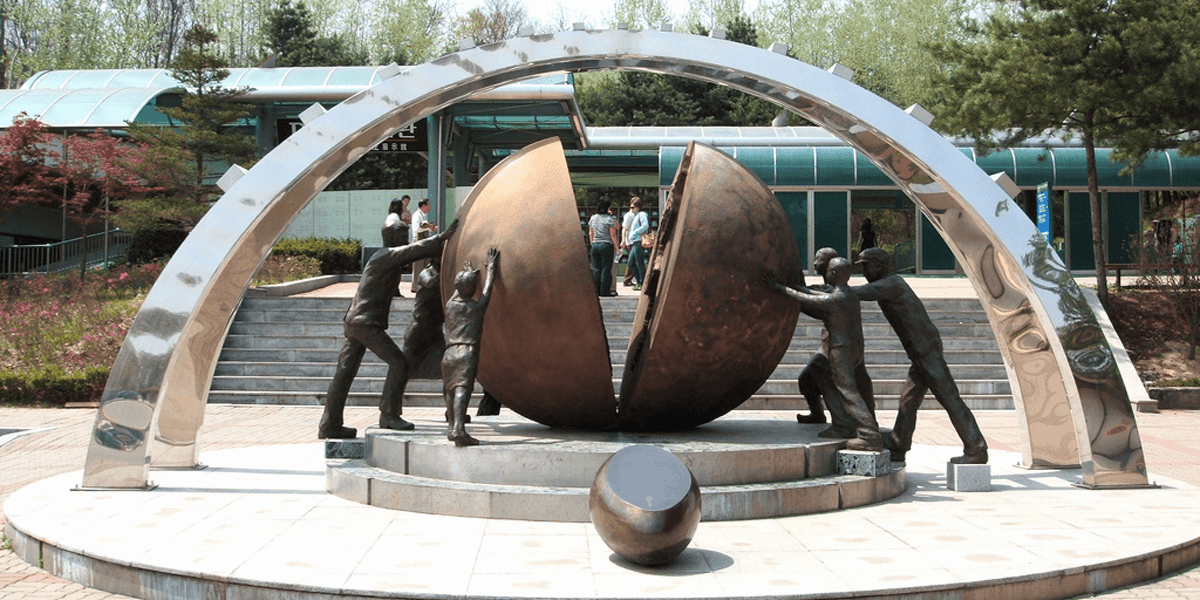 South Korea sees many visitors throughout the year. However, many often wonder about what happens on the other side of North Korea.

While the stories of the Korean War, and how the Korean peninsula was split in two, are rife. Many visitors often wonder if they can see anything between North and South Korea.

What surprises many visitors is, there is a lot more to see than you may realize. Here you can find out all you need to know; and how to have the experience of a lifetime. 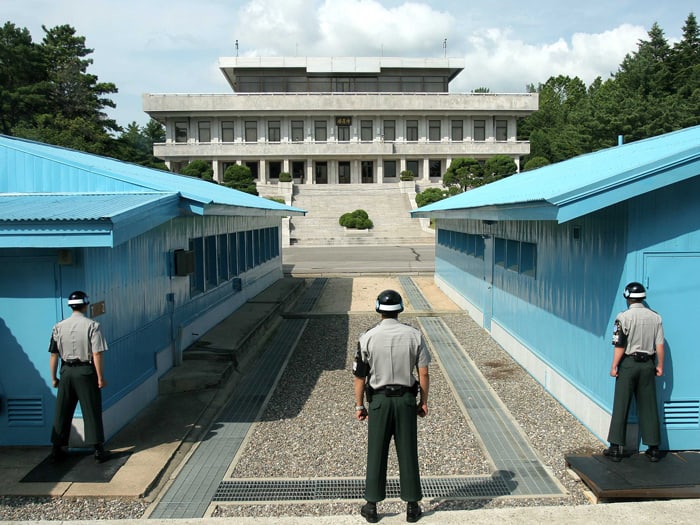 What Is the Border Between North and South Korea Called

When you begin to look at what separates North and South Korea, you have what they call the DMZ or the demilitarized zone. It was created in an agreement between North Korea, the United Nations Command, and China in 1953.

What is Recognized as the Dividing Line Between North and South Korea?

The dividing line is recognized as the 38th parallel, and which follows the 38° N, which is the original demarcation line between the two countries.

Read More: Why is Thailand So Cheap?

How Wide is the DMZ in Korea?

The dimensions of the Korean demilitarized zone is 2.5 miles wide (4 km) and 160 miles in length (250 km), which splits the North and South.

Can You Enter the DMZ?

DMZ Korea isn’t open to the public, although this doesn’t mean there is no way to experience it.

You will find there is a lot more going on than just this division and being able to look across. Here are some things you can experience in one of the many DMZ tours.

The JSA (Joint Security Area) is the nearest point any tourist can go to North Korea. At this unique location in Panmunjom, you have the opportunity to stand in North Korea physically.

This particular security area is occupied; by both the South Korean and US military. There is also a souvenir shop where North Korean items such as stamps, money, and some not very nice wines are sold.

The place you stand is in the UNCMAC room; however, if you decided to venture through the door behind you, you are out of reach of safety.

Check Out the Tunnels

As odd as it sounds, even as the two countries were holding peace talks, the North Korean side was busy digging tunnels down to the south.

These were not for anyone to escape; instead, it was for the North to invade and infiltrate the south. While they never got finished, they were found in 1994, with the longest being 1,082 meters in length.

Traveling from Seoul on a day trip, the third infiltration tunnel will be the closest. It was large enough to move around 30,000 soldiers every hour. 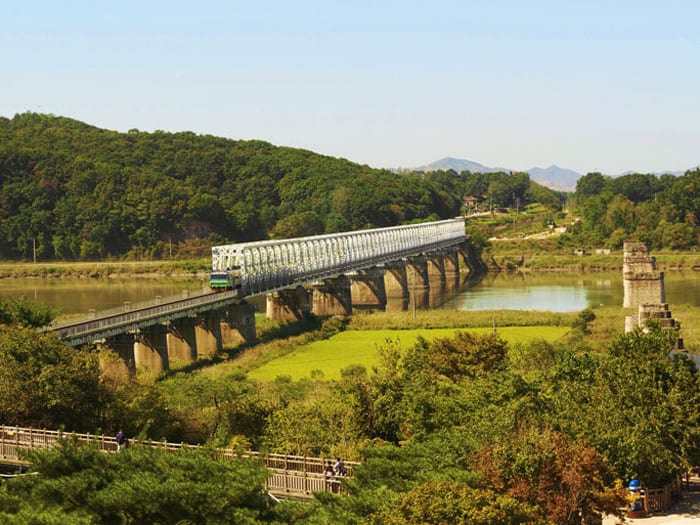 The Freedom Bridge links North and South Korea, notwithstanding that a massive barricade blocks access to the link over the river. However, if the two sides were ever connected, then this bridge would be used for entry and exit to North Korea.

Dora Observatory offers fantastic and unique binocular views across the border to the fake town of Kijong-dong.

They built the town in the 1950s to entice South Koreans to defect across the border. The town has no residents and is windowless, and some of the buildings are in a state of construction.

The observatory takes its name from the Dorasan Mountain it sits on.

If you wish to visit the DMZ, the only way you can do so is through one of the arranged tours. You can pick and choose which one you want to. A full-day tour will offer you the

JSA and the DMZ, while a DMZ tour will take around half a day.
JSA and the Panmunjom tour will also fill half a day and allowing you to do some more exploration once; you get back to Seoul.

Read more: Is It Safe to Travel to Vietnam

The actual distance from Seoul to the DMZ for reference is only around 23 km. Some of the tours also begin at venues called Imjingak Resort and Nuri Peace Park. These can be accessed without any checkpoints.

No matter which way your experience the DMZ or other areas. It shows you how lucky we are and how little the world understands the rift between the two countries. 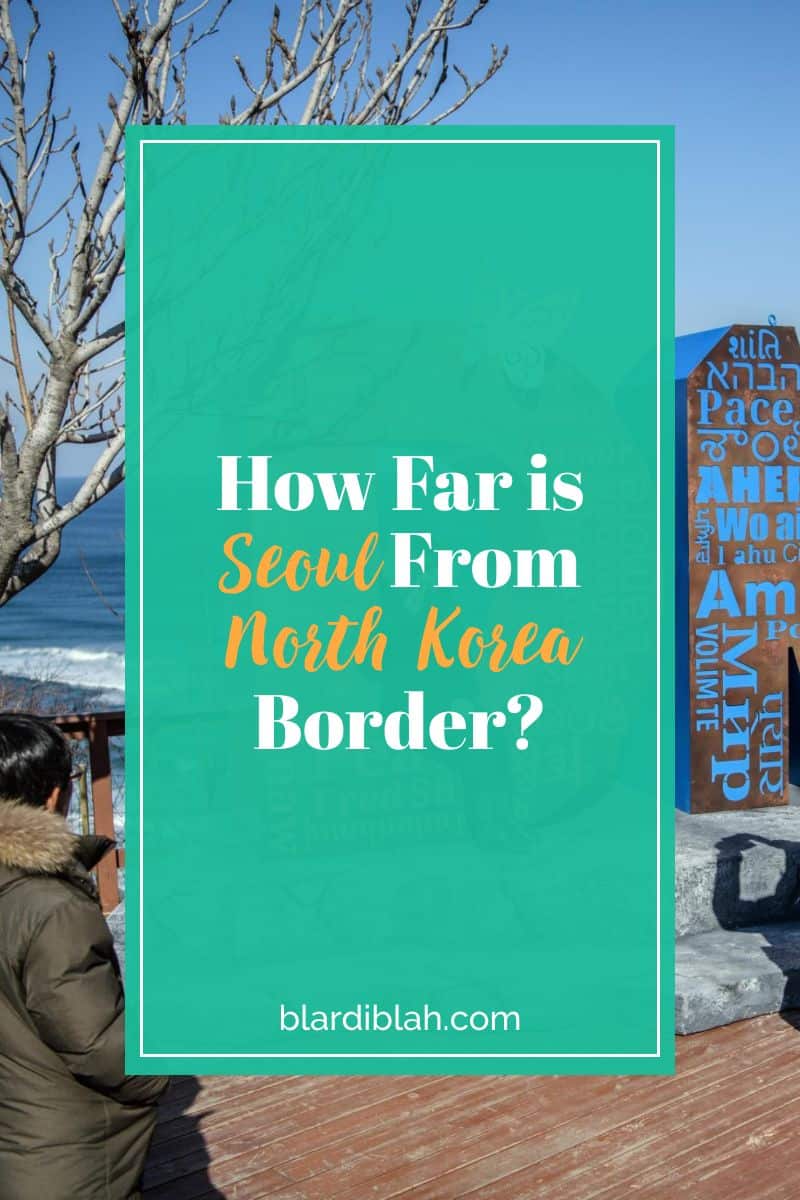