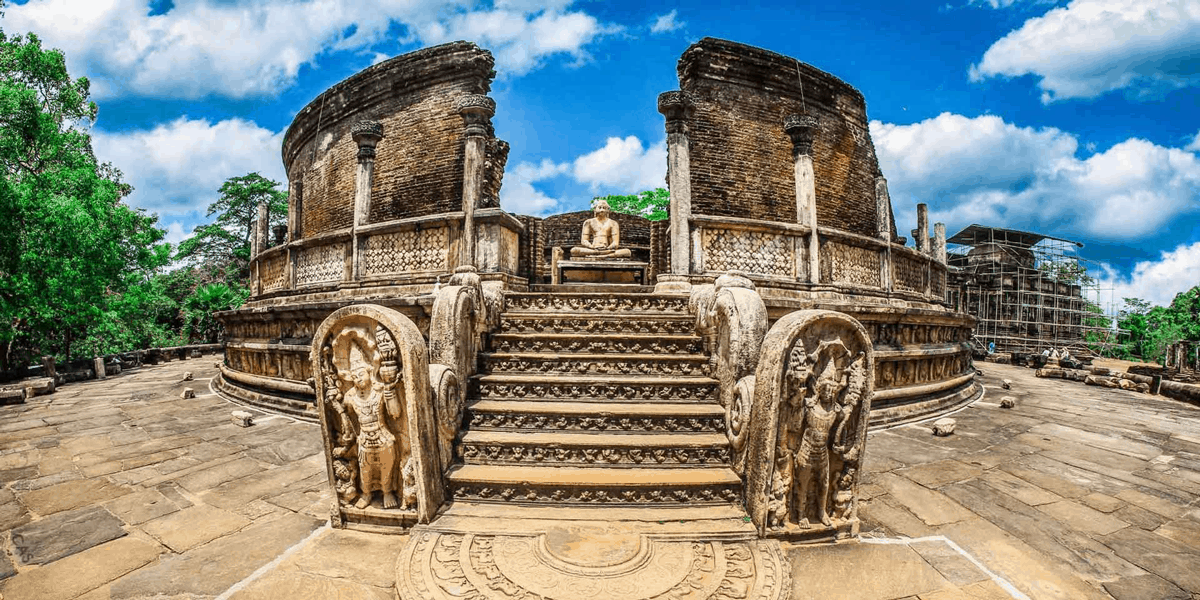 Sri Lanka is home to a rich treasure trove of both natural and man-made wonders. It boasts royal and sacred cities, colonial strongholds, temple caves, and jungles with no fewer than eight UNESCO World Heritage Sites.

The “Tear of India” is small, but full of fascinating places to see. 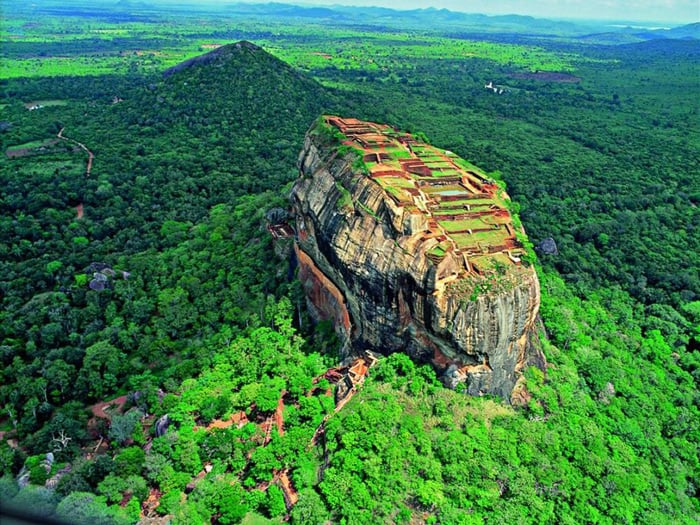 When you count the sites, you will find six of them to be historical sites that include monuments, temples, and ancient sacred cities.

The last two are natural wonders consisting of the Sinharaja Forest and the Central Highlands.

Here you will find all the sites with a description of what to expect at each one.

You will climb 1,202 steps on the side of massive granite rock to the most famous and popular tourist attraction of the Ancient City of Sigiriya.

Halfway up is a recess painted with half-naked (colorful frescoes) maidens, the supposed harem of the king. You will pass platforms and terraced gardens to catch your breath as you climb up.

Two huge lion paws of “Lion Rock” greet you. Then the challenging part begins between the paws, and where the lion’s mouth was.

Climb in the early morning or late afternoon when it is cooler. At the summit, you will reach the palace and fortress of King Kasyapa from the 5th century.

See the ruins of the king’s Sky Palace, a large pool filled with water and 360-degree views of the forest below. 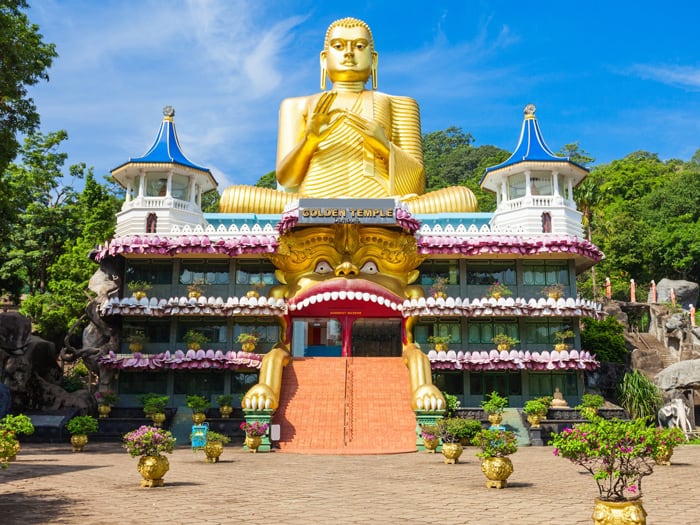 They only added the Golden Temple to the UNESCO World Heritage list in 1991. The Temple of Dambulla is not a single temple, but a well-preserved cave temple complex.

Originating from the 2nd and 3rd centuries BC, it was restored in the 18th century by the Kingdom of Kandy.

Five caves are significant and contain 153 statues of Buddha as well as kings, Hindu gods, and goddesses.

Maharaja Viharaya Cave .2 is the most impressive of all caves. A high Buddha statue stands on a stone lotus and under an archway decorated with dragons. It takes about 15 minutes to reach it, accompanied by some friendly monkeys accompanying you.

The best time to visit is in the late afternoon, as most people tend to visit in the morning.

Anuradhapura is the greatest and most significant of Sri Lanka’s ancient cities. You find extensive ruins, including crumbling temples, brick stupas, and Buddhist monasteries covering an area spanning more than 16 square miles.

Ruvanvelisaya Dagoba was built in 140 BC, and renovated during the 20th century; it is watched over by a wall of 344 elephant statues.

The ancient sacred city of Anuradhapura also shelters a huge sacred fig tree, where the spiritual founder of Buddhism was supposedly enlightened. 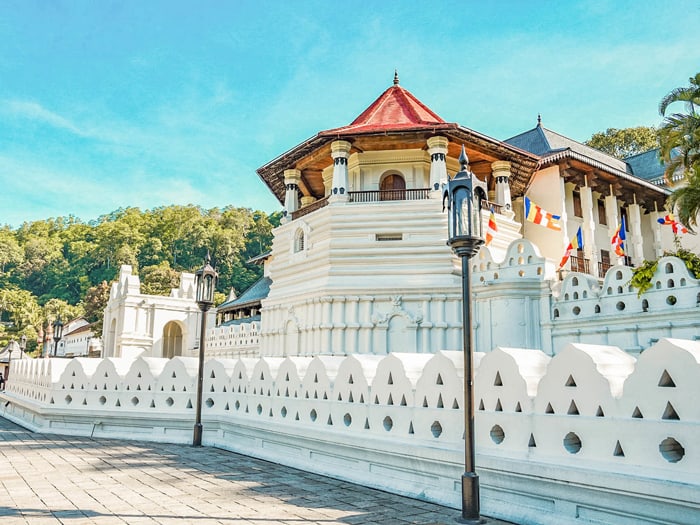 Surrounded by luxuriant forest and tea plantations, the Sacred City of Kandy lies high in the hills. Once the capital of the Singhalese kings, the jewel of Kandy is the Temple of the Tooth with a golden roof.

The temple allegedly houses a relic of Buddha’s tooth. You cannot see the physical tooth, although you have the opportunity to see the Dagobah-shaped golden casket. The temple is decorated with ornaments made of lacquer, ivory, and exotic wood.

Between July and August, they hold the 10-day Tooth Festival where dancers, drummers, fire jugglers, and decorated elephants perform.

The sacred city also houses the Royal Botanical Garden Peradeniya as well as the orchids, royal palm trees, and the cannonball tree.

Polonnaruwa is the second oldest Sri Lankan ancient kingdom. In the 12th century, glory came from being a commercial and religious center, as it marks one point of the Cultural Triangle.

There are hundreds of tombs and temple ruins. The highlight, the Sacred Quadrangle, a series of stone ruins carved with lions and lotus flowers, with four stair entrances leading to a central dagoba with four seated Buddha statues.

Other attractions are the beautiful milk-white dagoba Kiri Vihara. Four large Buddha carvings made of granite, the audience hall in the royal palace, and the king’s swimming pool with crocodile spouts.

You can travel around the ancient city by bicycle or tuk-tuk’s can take you to any of the parking areas where you can then go on foot. 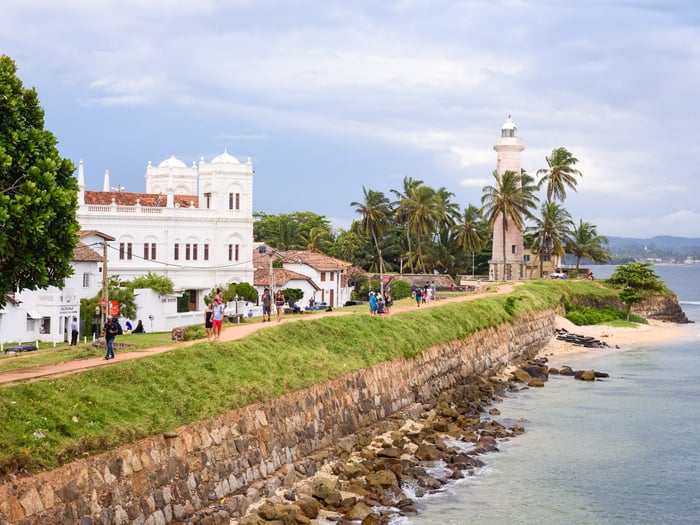 The Portuguese founded Galle in 1505 and established a fortress there. When the Dutch began construction in 1663, Galle took off.

Inside the fortress walls, you find Dutch churches, quaint Dutch houses, and a Dutch hospital.

One of the things making Galle Fort so attractive is the fact that the town of Galle is a flourishing community.

Although small at 13 miles by 4 miles, the Sinharaja Forest Reserve is home to a wide range of Sri Lankan wildlife.

The forest reserve is the last remaining tropical rainforest in the country. Some rare amphibians, reptiles, butterflies, birds, and mammals such as the purple-faced langur, thrive together in this lush park.

Your chances of spotting leopards are slim, yet they live here. You must explore the park on foot, and you will have a park ranger as your guide. 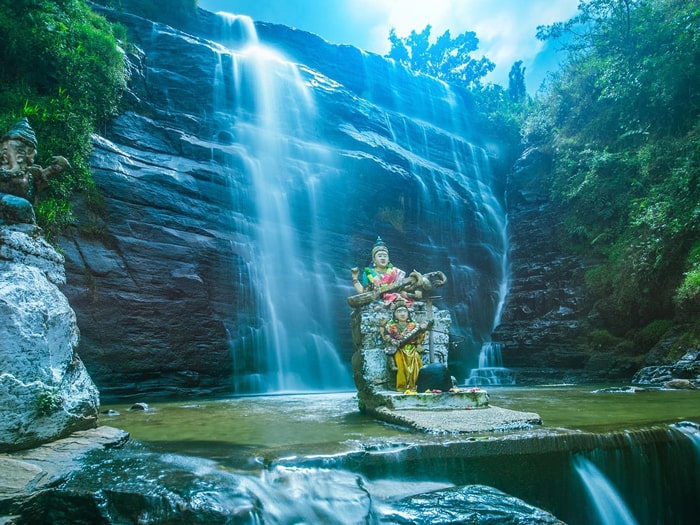 The Central Highlands of Sri Lanka is the latest addition. Rather than one area, it comprises three such as the Peak Wilderness Protected area, Knuckles Conservation Forest, and the Horton Plains National Park.

Read More: 10 Best Things to Do in Penang Malaysia

You can hike up Adam’s Peak, which is the highest point on the island with an elevation of 7,400 feet above sea level, or the less strenuous Little Adam’s Peak. 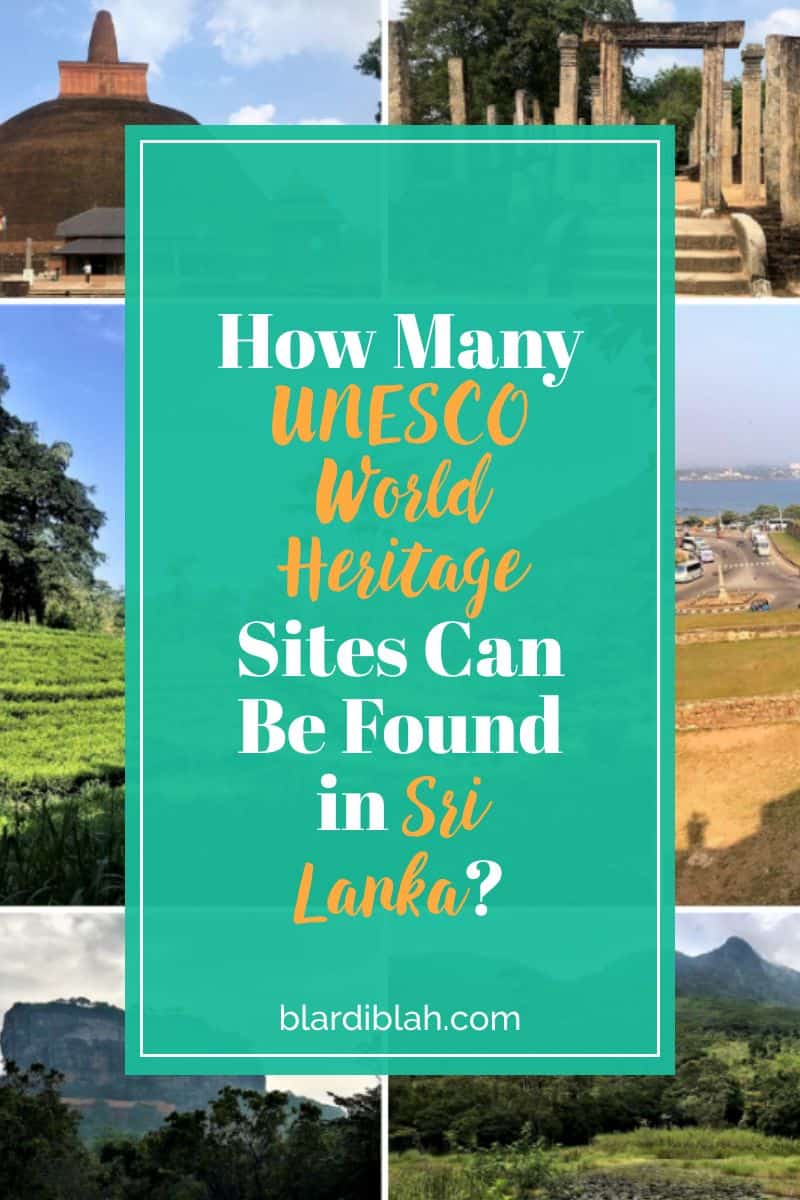