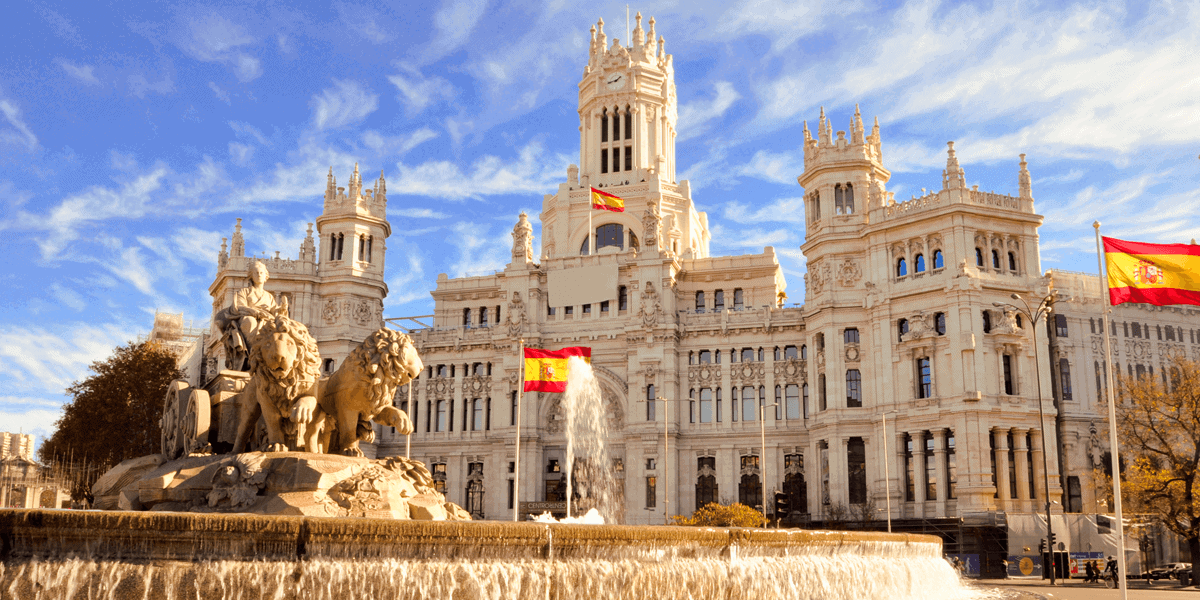 As the capital of Spain, Madrid is a priority visit when you are touring for an authentic Spanish immersion. This large city is part modern metropolis, but it is where you will experience the deep history and heritage of this amazing country.

Culturally Madrid has some of the finest art museums with Renaissance masterworks and important 20th-century pieces.

Any time less than this would prevent you from exploring the busy streets lined with shops and restaurants offering world cuisine and the captivating nightlife. (Read How Many Days Should I Spend In Barcelona) 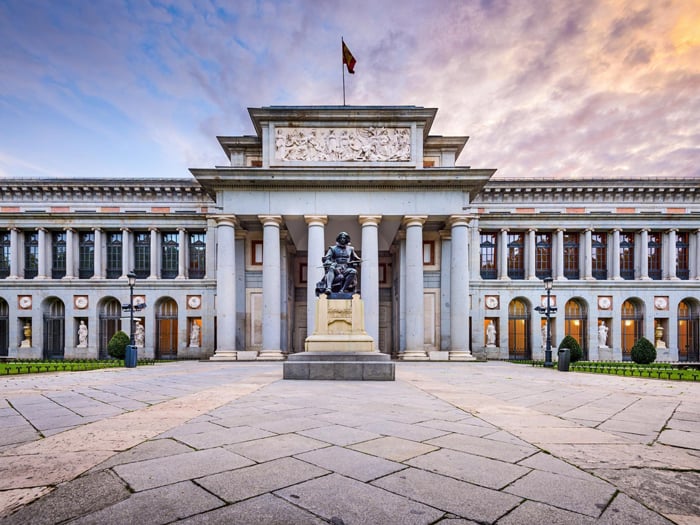 This city is no doubt, one of Europe’s most unique. It is difficult to match its historical spots. There are century-old bars run by families and all kinds of quarters and cultural venues that showcase a Spanish flavor of tourism. Let us get started.

The museum is the repository of thousands of paintings. About 1500 are on exhibition, such as dark and tumult filled Pinturas Negras (Black Paintings) of Goya, the royal paintings of Velázquez and even Italian and Flemish styles of art. Opened in 1819, the museum has around 8600 paintings and more than 700 sculptures.

There is a minimal entrance fee, and there are lines cued to enter, so get there early. I recommend you wear comfortable shoes.

The Royal Palace of Madrid

The royal palace was once home to kings of Spain, but the royal family does not live in the palace anymore. Though still their official residence, it is the biggest royal palace in Western Europe.

It has 3,000 rooms, some of which are open to the public, including the popular royal pharmacy and armory room and the sole string quartet of Stradivarius instruments that exists.

It is a combination of neoclassical baroque architecture styles, and I suggest you go inside for the full experience. Regardless of where you have been, the extravagance and the splendor of the palace is intimidating.

Situated to the east of central Madrid is El Retiro Park or Park of the Pleasant Retreat. The area is an expansive area of luscious greenery made up of lakes, formal gardens, cafes, playgrounds and more features. It is large at 300 acres, and did not become open to the public until late in the 19th century.

The park is just by the Prado Museum so it would be foolish to skip it if you are in the area. I visited the place with kids and had fun paddling on the Grand Pond. Children will also enjoy the Teatro de Titeres, which has puppet shows on weekends. 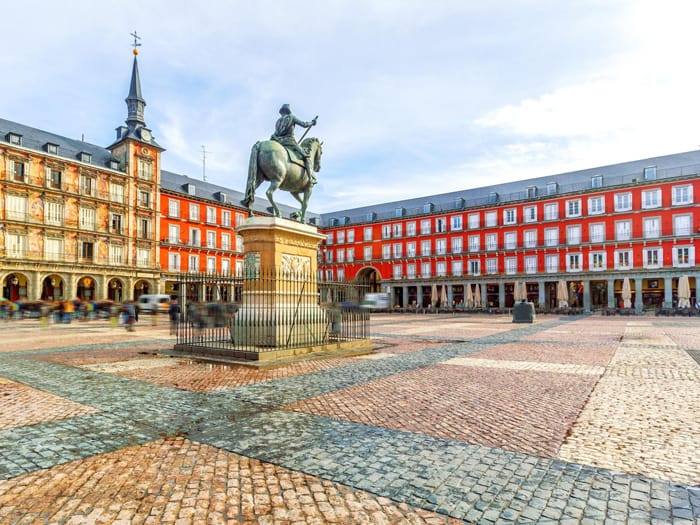 Located at the heart of Madrid, Plaza Mayor is saturated with bars and cafes. Order coffee or glass of wine, and just soak in the place. The square begins to have crowds at 2 p.m. and slowly fills up until evening.

You can visit the many souvenir shops and take in the Plaza Mayor ambience. The plaza dates back to 1617, and a walking tour is available for the curious. The city’s iconic statue of Philip III on horseback is here, a great place for a souvenir photograph.

Football fan or not, you would cheat yourself if you did not come here. I came exclusively for the bragging rights to say I have been to Real Madrid’s home base. It is a mammoth stadium at an 85,000-seat capacity and by itself, it is a landmark spectacle.

A tour of it will give you panoramic vantage points of the stadium. The guided tour I took had us in behind-the-scenes areas like the dugouts, dressing rooms, pressroom, and presidential box. I even got a rare glimpse of the clubs growing trophy collection.

Built in the early 1900s, Gran Vía links Argüelles and Salamanca. It is dotted with restaurants, shops, and many of Madrid’s iconic structures. It is also the capital’s entertainment and cultural hub and is full of activity until dawn.

Tourists can shop all they want by day, as evenings present cinema or musical events. The more adventurous can also sample Madrid’s hip nightclub scene.

How many days in Madrid will bring a satisfactory experience really depends on how much time you can spare. I believe you should see the city in a relaxed place for a very immersive vacation. 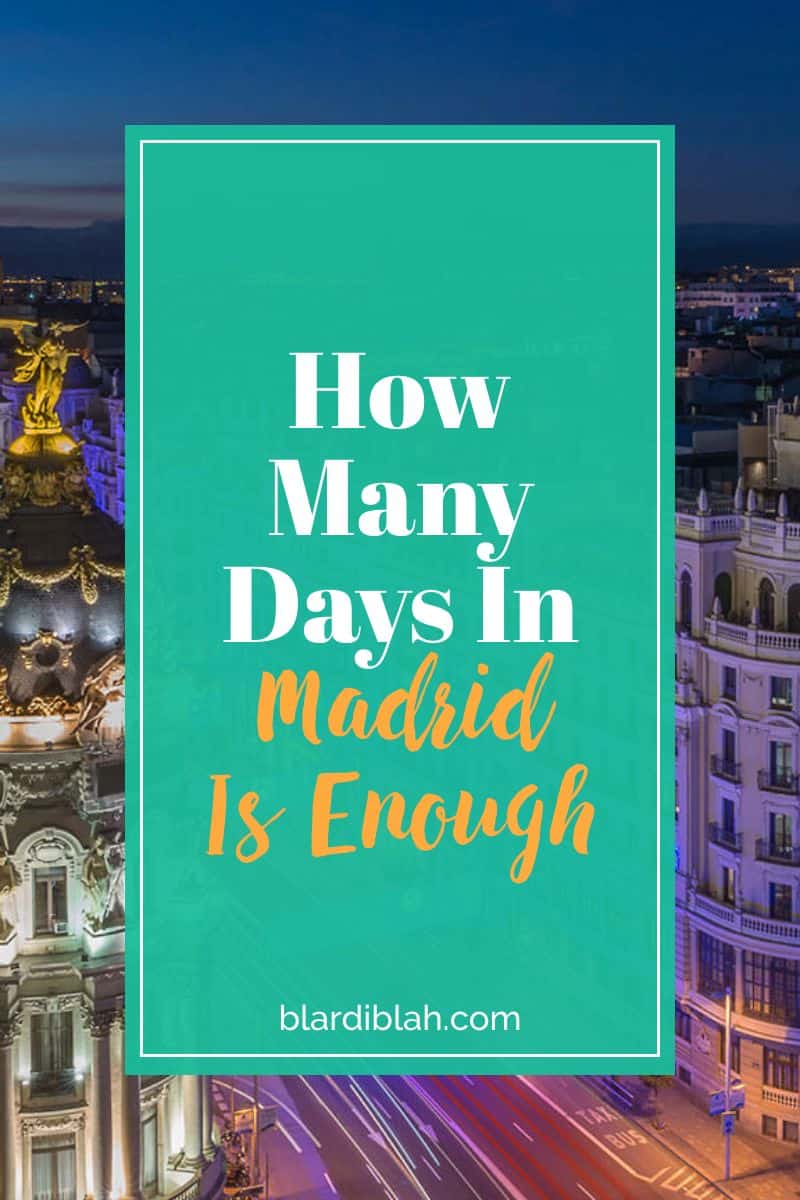