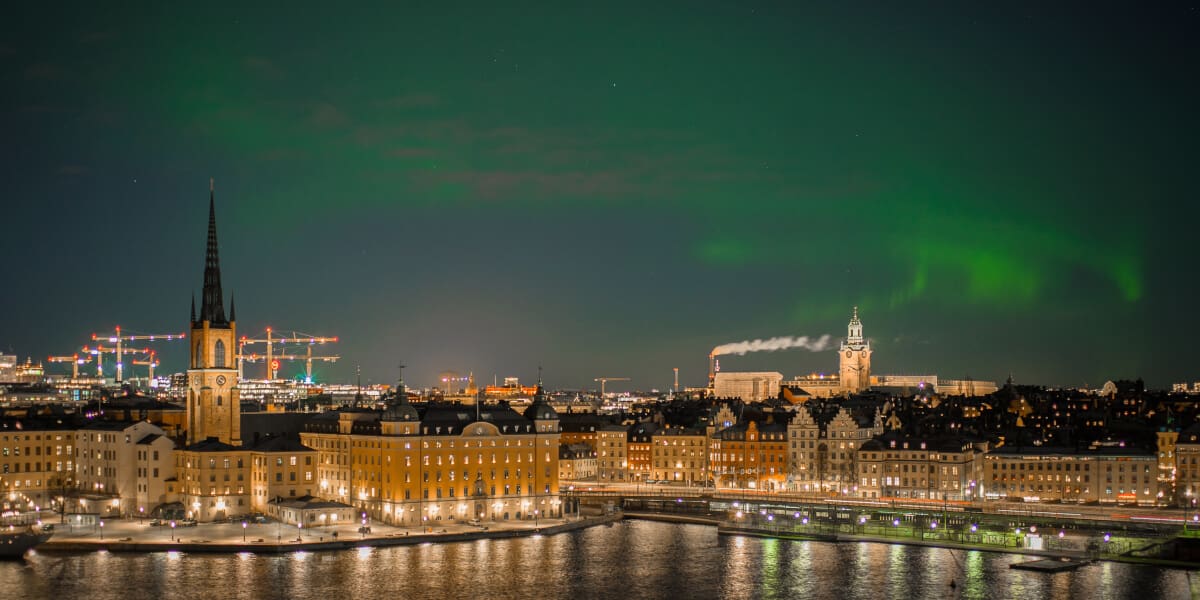 Stockholm has a reputation for being one of the most welcoming cities. It has a compact modern metropolis that contrasts with centuries-old heritage sites and very close proximity to nature. To create a list of things to do in Stockholm would be difficult, as there are so many.

I have consulted seasoned travelers, and Stockholm in 3 days is quite doable. To enjoy what this Swedish capital offers, how many days to spend in Stockholm must be a tightly planned trip. The list of things to do in this populous city could become never-ending.

There are more than a hundred attractions to choose from. To make it easier, I included Stockholm favorites such as the Vasa Museum and the more contemporary ABBA Museum and Fotografiska. I also selected places that are exclusive to the city.

The Vasa battleship was to be the pride and glory of the Swedish Imperial fleet. Though not as globally known, its sad fate is identical to the Titanic. The ship sank on its maiden voyage in 1628, just 30 minutes after it set sail. Fast forward to 1961, and an incredible operation recovered the ship.

Surprisingly the ship is 95 percent original. This is the most popular museum in Sweden, and it is an awesome sight. More than a million visitors come to see this mighty battleship each year since her resurrection after more than three centuries.

Perhaps the greatest and biggest selling pop group of all time, ABBA needs no introduction (unless you have been under a rock the past 50 years). Agnetha, Bjorn, Benny, and Anni-Frid set the world dancing and singing to global hits like Fernando, Take A Chance on Me, Chiquitita, Loving Me Loving You, The Winner Takes It All, and of course Dancing Queen (to name a few).

This pop culture pride and joy of Sweden certainly deserves a place where fans can still gather and enjoy them. This is not a museum in the traditional sense since it does not house any collections. Instead, it is an interactive exhibition about the Swedish super band.

Fotografiska boasts of being the largest photography museum in the world. Since it opened in 2010, the place has been a popular attraction of the city. Four major exhibitions are produced each year, along with 20 smaller ones.

The museum observes late-opening hours all week and features themes that reflect Sweden’s progressive temperament. Topics range from global political issues to feminism. The café on the top floor is one of the best and has stunning views across the water to Djurgården.

The gift shop is also worthwhile visiting thanks to its treasure trove of stuff.

Situated on the edge of Gamla Stan, this is the official home of the King of Sweden. The palace is a reminder of the once lavish taste of the mighty Swedish Empire. It is a huge place in person, being one of the biggest in Europe.

There are over 600 rooms and several museums, and if you want to tour it properly, I recommend an entire day here. It is mostly of Baroque design, and many national treasures of the royal family are here. The daily changing of the guard is a spectacle to watch, so do not miss it.

Located at the water’s edge, the City Hall is one of Stockholm’s most recognizable structures. It was built in 1923 and appears in countless postcards and memorabilia. Inside it are offices, works of art and assembly rooms. It is also where the annual Nobel Banquets is hosted.

A view of the city from the famous tower is spectacular.

This is Swedish for Old Town, and it is in this area that Stockholm was founded in 1252. You will see buildings, squares, and narrow streets from the era that have been preserved or restored. Gamla Stan is one of the finest representations of medieval Europe. (Read How Many Days Should I Spend In Barcelona)

The lanes have shops and cafes winding into open courtyards and squares.

The island of Djurgården is a constant attraction for both locals and tourists. I find it ideal for a picnic or lazy stroll due to its serene atmosphere. Some of Stockholm’s top museums and other attractions are also here.

The place has many hotels, restaurants, quaint cafés, and snack bars. To explore the many trails, you can rent a bike or, in case you want to try the waterways, even hire a canoe. Djurgården is part of The Royal National City Park.

No Stockholm visit is complete for the trendier and hip tourist unless you experience the city’s outdoor party vibe. If you go from May to September, Rooftop bars Tak and Slakthuset are the hippest places. The hub of summer nightlife on Södermalm is Trädgården, a huge courtyard party area.

During the chillier months, the venue transforms into a two-floor techno and electro club called Under Bron. Party on Stockholm!

Since the ocean flows through Stockholm’s waterways, the city is flooded with colorful boats of all sizes and shapes. Many locals have a summer home on the islands of the Skärgården and spend weekends there or entire summers. To experience what that is like a boat ride is a must. 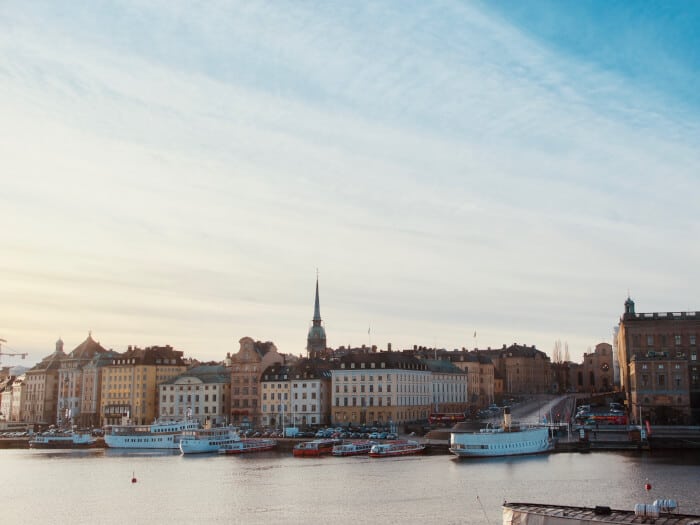 Opt for a boat ride that will go under the many bridges of the city, or spend a couple of hours on the Royal Canal Tour. With more than 30 routes, the boats are practically public transport.

Other Things to Know

The public transport system in the city is very reliable. It can, however, be costly, so opt for passes rather than individual rides. Students and seniors, I believe, could avail of a 50% discount. Metro is also an option; otherwise, you can take the bus.

I went in June, and it was a fun experience, and how long to stay in Stockholm is up to you. It is also a bit weird to have daylight almost all day. If you have no choice but to go in winter, there are more than enough indoor sites to occupy your trip. As I said earlier, it is difficult to run out of places to discover in Stockholm. 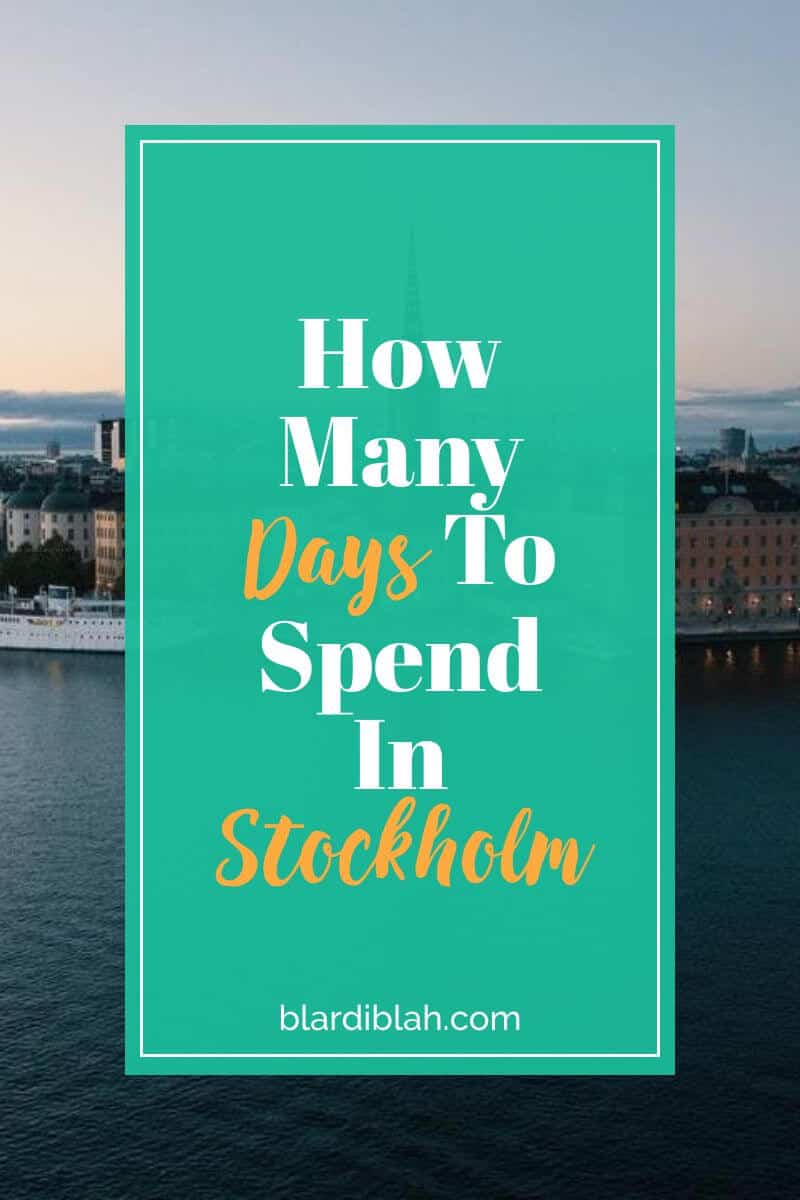