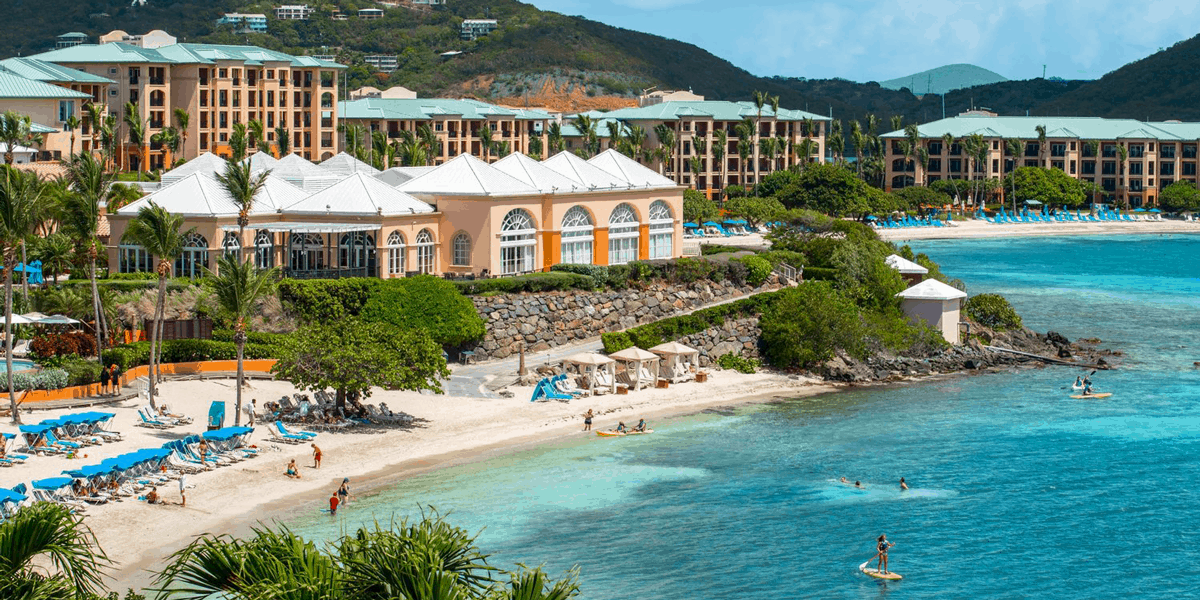 For a Caribbean vacation, there is no better choice than to visit St. Thomas in the Virgin Islands. Glorious beaches, a spectacular golf course and a vibrant nightlife awaits the St. Thomas tourist. It is the most cosmopolitan of the Virgin Islands but also has many historical sites.

St. Thomas is, for the most part, mountainous. Due to this elevated terrain, the roads around the island have great vistas of the island and sea.
Nestled in the hills on St. Thomas and on the beaches you will find cozy inns, resorts, guesthouses, and other accommodations. 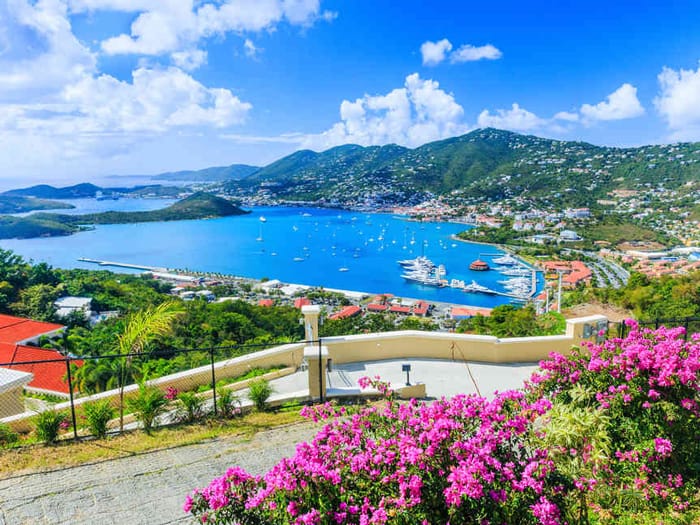 Ease of Travel for U.S. Citizens

Since it is a U.S. territory, do you need a passport to travel to St Thomas? No, you do not need one, as it would be akin to travelling from one state to another. I do advice that you still bring your passport as it still serves as the best identification when travelling.

What is the currency in St Thomas Virgin Island in case I want to bring cash? The U.S. dollar is the currency in St Thomas, as in all the islands, so that is also less hassle for U.S. citizens vacationing there. I was pleasantly surprised to learn that there are many automated teller machines all over the place. (Read Average Drink Prices in Vegas)

St Thomas currency is identical to mainland U.S., again, because it is a U.S. territory. For those not inclined to bring cash, the majority of establishments do accept credit card and travelers’ checks—no need to worry about that.

Things to do in Saint Thomas

Coconut trees and green hills surround the shoreline here, which is why it is often shortlisted as one of the most beautiful beaches. The waters are usually calm, making it a favorite for swimming, snorkeling, kayaking, and other water activities.

On land, there is also the Tropical Discovery Hike, which leads you to mangrove wetlands and dry forest hilltops. Participants will spot many native and migratory bird species.

A remnant from the mid-1700s, 99 steps was constructed in the Danish colonial period. The steps (which actually number 103) is made from ship-ballast brick. The steps are just one of many placed on the steep hills of Charlotte Amalie.

If you scale the 99 steps, Blackbeard’s Castle awaits you at the top. The castle is a five-story masonry tower, made by the Danish in 1678. Local folklore tales say it was a lookout post in the 18th century for Blackbeard, the pirate.

A restaurant and hotel are here for you to enjoy panoramic views of Charlotte Amalie and St. Thomas Harbor. 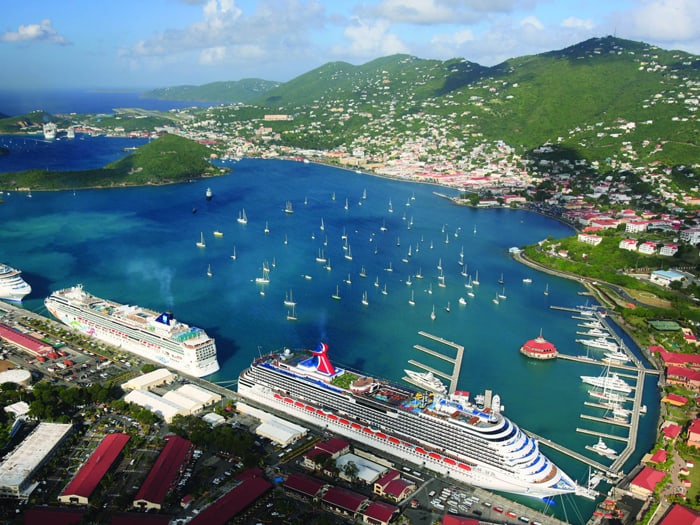 Charlotte Amalie is the capital of the U.S. Virgin Islands. The port is named after a Danish queen and is one of the most popular in the Caribbean. It is a touristy place with many restaurants and entertainment venues, with many jewelry shops and boutiques as well.

There are many beaches for snorkeling and swimming, as well as heritage sites like Blackbeard’s Castle, 99 steps, St. Thomas Synagogue, Fort Christian, the Emancipation Garden, the Government House, and the Frederick Lutheran Church.

Built between 1865 and 1867, the mansion features a hip roof, three-stories, and two floors of cast-iron verandas. It underwent restoration work in 1994 and today is the office of the territorial governor. Many paintings adorn the interior showcasing local artists.

The church, considered an architectural treasure, was built between 1789 and 1793 in the Georgian manner. It has undergone restoration work that added Gothic Revival accents. Services are celebrated in the church, and it is open to tourists.

This is the reading site of the Emancipation Proclamation on July 3, 1848. That event freed the slaves of St. Thomas. The park features a gazebo, lots of shady areas, and benches to sit on. It is a great place to just relax, and lucky visitors could even catch a musical performance.

If you are with kids, then Coral World Ocean Park is a great place to visit. It has an interactive marine experience, a tropical nature trail, the Marine Gardens Aquarium, an underwater observatory, and a glass-enclosed coral reef tank. I saw sea lions, turtles, dolphins, stingrays and even sharks up close.

I would not hesitate to recommend a visit to St Thomas in the Virgin Islands. It is, without doubt, one of the best destinations in the Caribbean. This lush American territory is just waiting for you and your family.

Read more: How to Travel on a Budget 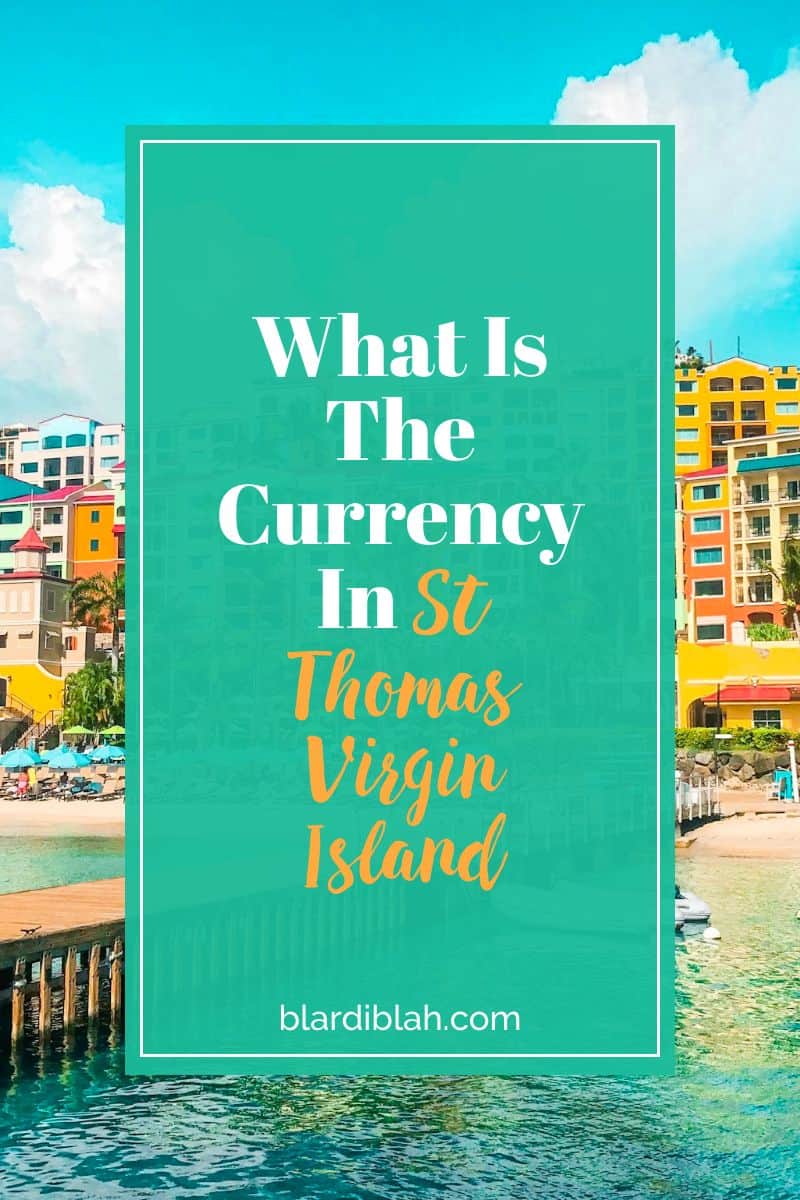